How does designing apps for Mi-Apps differ from designing forms for Mi-Forms? Print

There are two primary differences between designing apps for Mi-Apps and designing forms for Mi-Forms as outlined below.

Apps are displayed in a column and row basis in the Mi-Apps Client rather than in a paper-like interface. The Mi-Apps Designer allows you to design both a reporting layout (used when exporting PDFs and other images) as well as the column and row display layout. 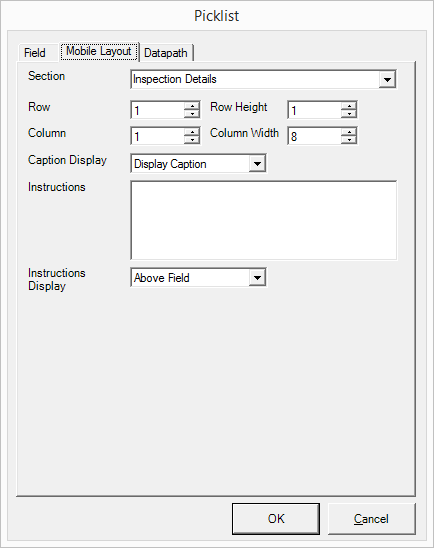 The Mi-Apps Client uses a concept of 12 columns across the width of the screen and unlimited rows. In the example above, the field will start in the left most column (column 1) and the top most row (row 1). It will use 8 of the 12 available columns and it will be the height of a single row. 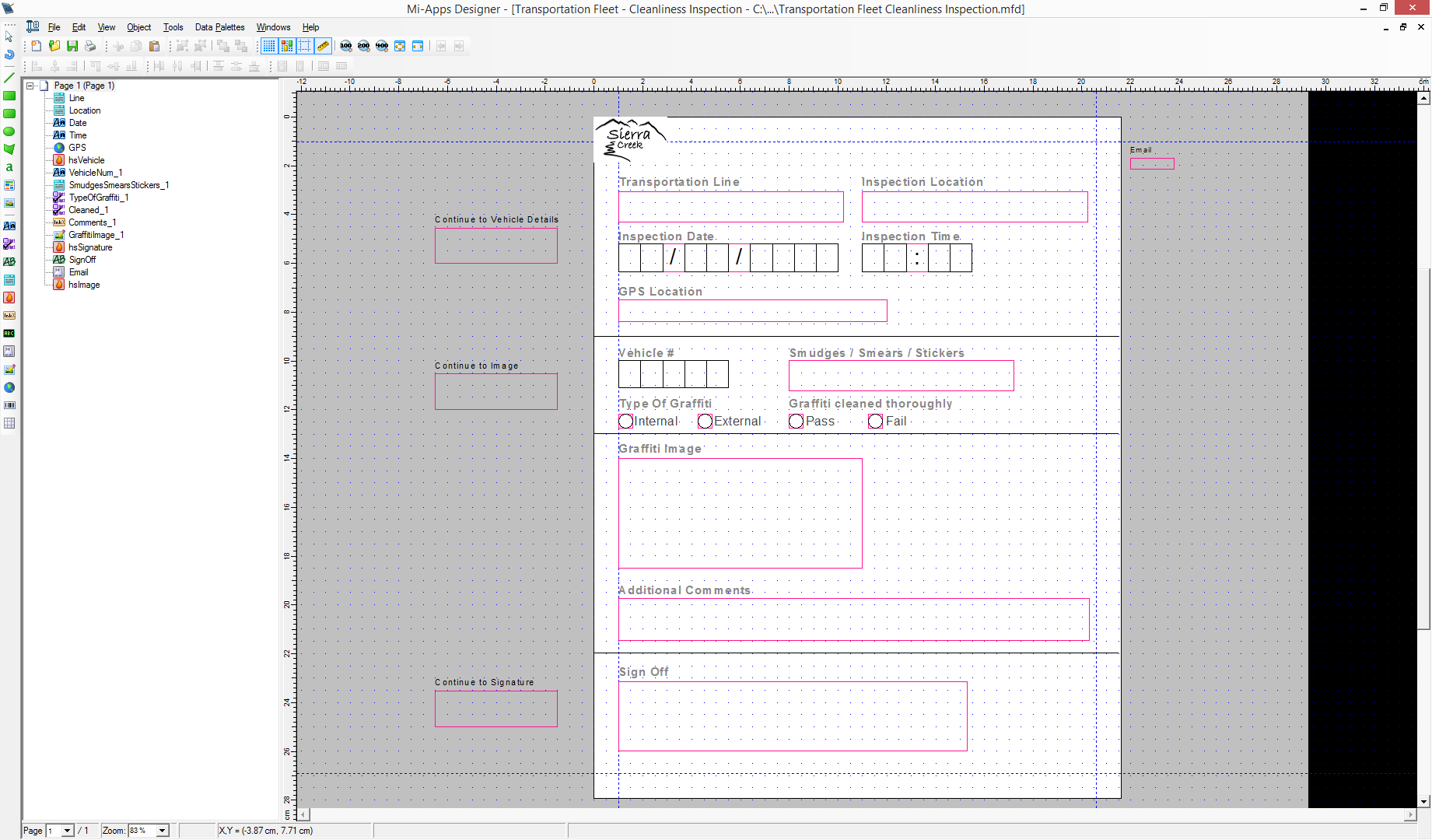 This view shows what the app will look like when it exports as a PDF. We're going to take a closer look at the Vehicle section cropped out here:

When this section is displayed within the Mi-Apps Client, this is what it looks like: 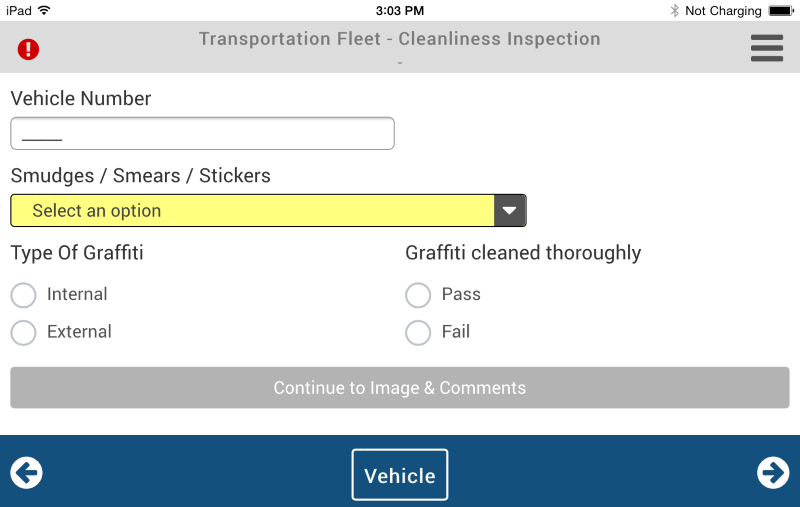 The table below shows how each field was setup by column and row:


Note that the "Continue to Image & Comments" hotspot was placed off the page on the design view, but still appears in the app display.

While Mi-Forms uses the concept of pages to delineate areas of a form, Mi-Apps uses the concept of sections. When designing an app fields in multiple sections may appear on the same page in the design report layout, but will be separated by their section designation. Using the example above, we can see that all fields in the app appear on the same page. However, as we saw in the Vehicle layout example, only 5 fields appear within that section. If we tap on the "Vehicle" label at the bottom of the screen we see that multiple sections are displayed: 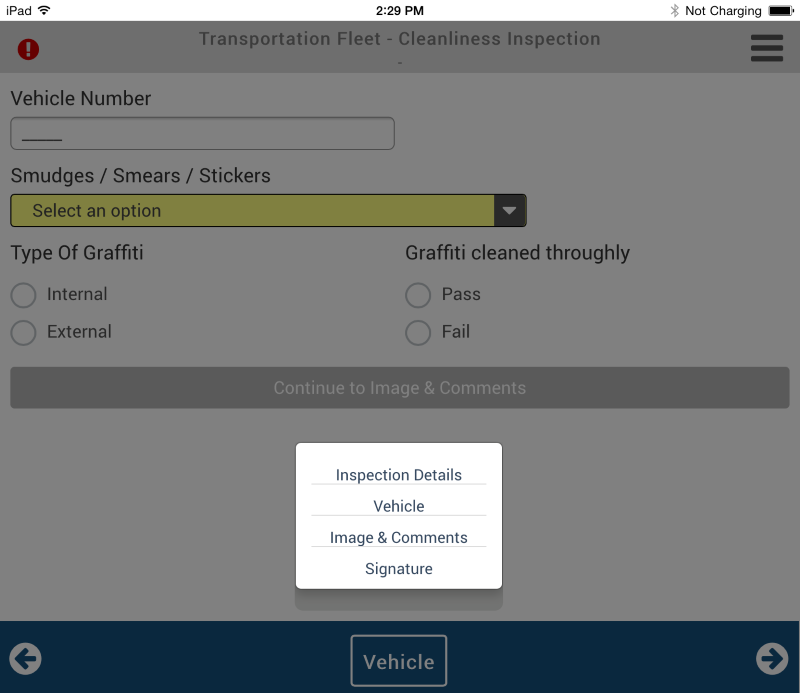 These sections correspond to those specified in the Mobile Layout tab of each field as shown below: 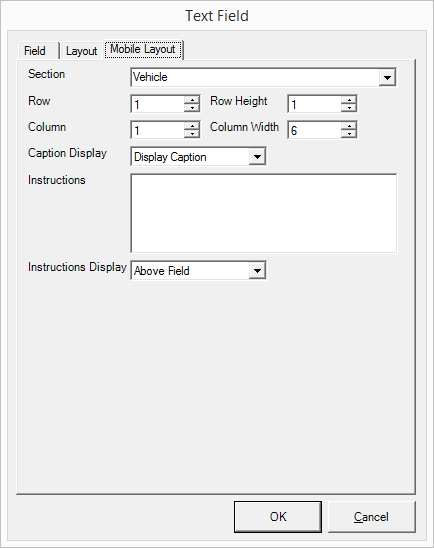 
In this example, the app would have 2 sections in its drop down list ordered as follows: